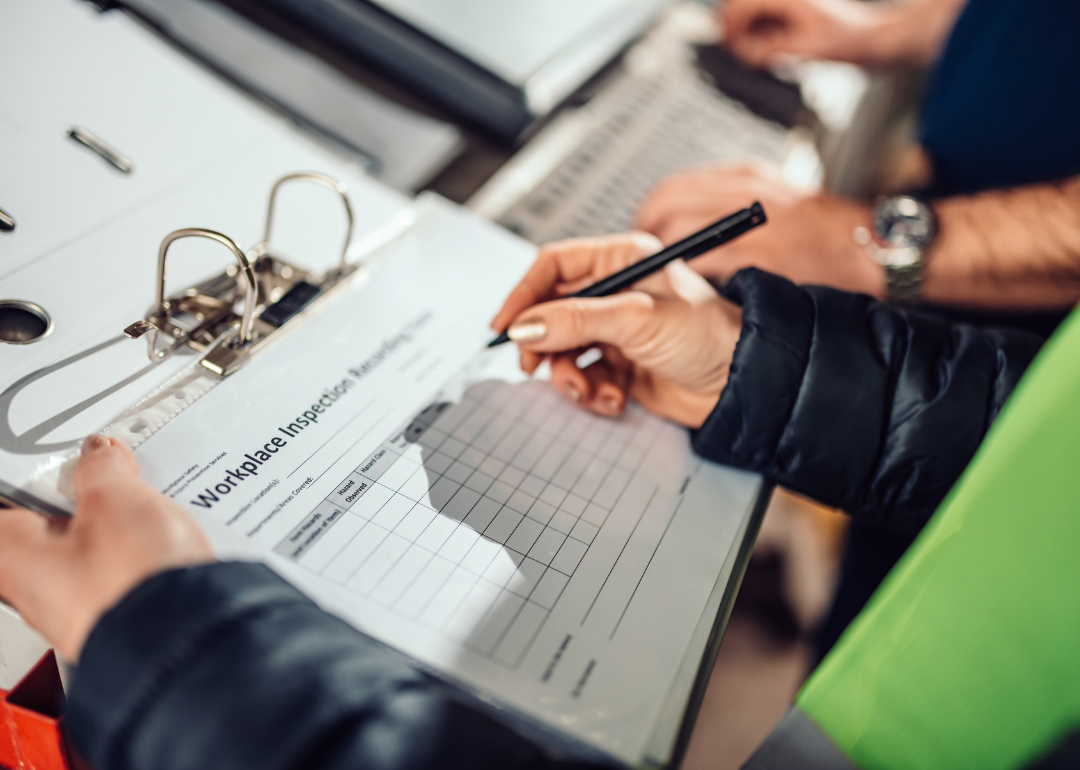 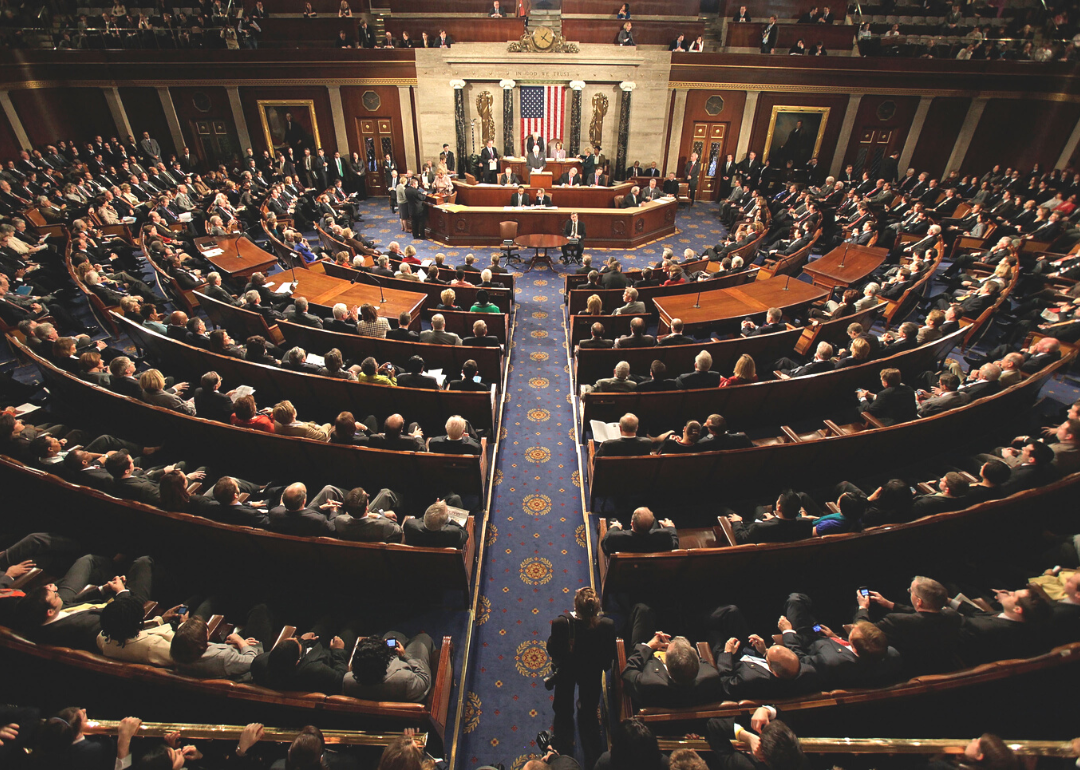 Anyone who has filed an insurance claim is familiar with accepted standards of liability in certain situations: When a car is rear-ended, who was in the driver's seat? When a house has fire damage, who left the stovetop on?

While matters of individual liability can be more straightforward, larger-scale societal issues are often inextricable from equally big questions of liability. Corporate lobbying, financial interests, and differing political investments clash when controversial issues are added to the mix, particularly around discussions of accountability and structural change. In many ways, everything from gun control laws to halting the threat of climate change comes down to who is deemed liable and how that liability is enforced.

Recent events have forced politicians and insurance companies to reevaluate what are often old rulings and legislation around liability across a variety of issues. Many have had to face the intricacies of answering who takes the blame head-on.

The influx of mass shootings over the past decade has created cracks in previous gun liability precedents, as trials for the Marjory Stoneman Douglas High School and Santa Fe High School shootings set new models for legal and financial accountability. The Supreme Court's Dobbs v. Jackson Women's Health Organization decision has shifted policies around reproductive rights liability, as who is considered a criminal for obtaining or providing an abortion—if anyone—remains in flux in many places. And the effects of climate change are now so wide-reaching and universally felt that policymakers around the world are faced with defining responsibility and introducing some level of mitigation.

To shed light on how conflicting corporate, institutional, and public good interests are brought to bear on some of the biggest issues of our time, Estey & Bomberger, LLP investigated how liability drives policy discussion on these issues using a variety of news and academic sources. 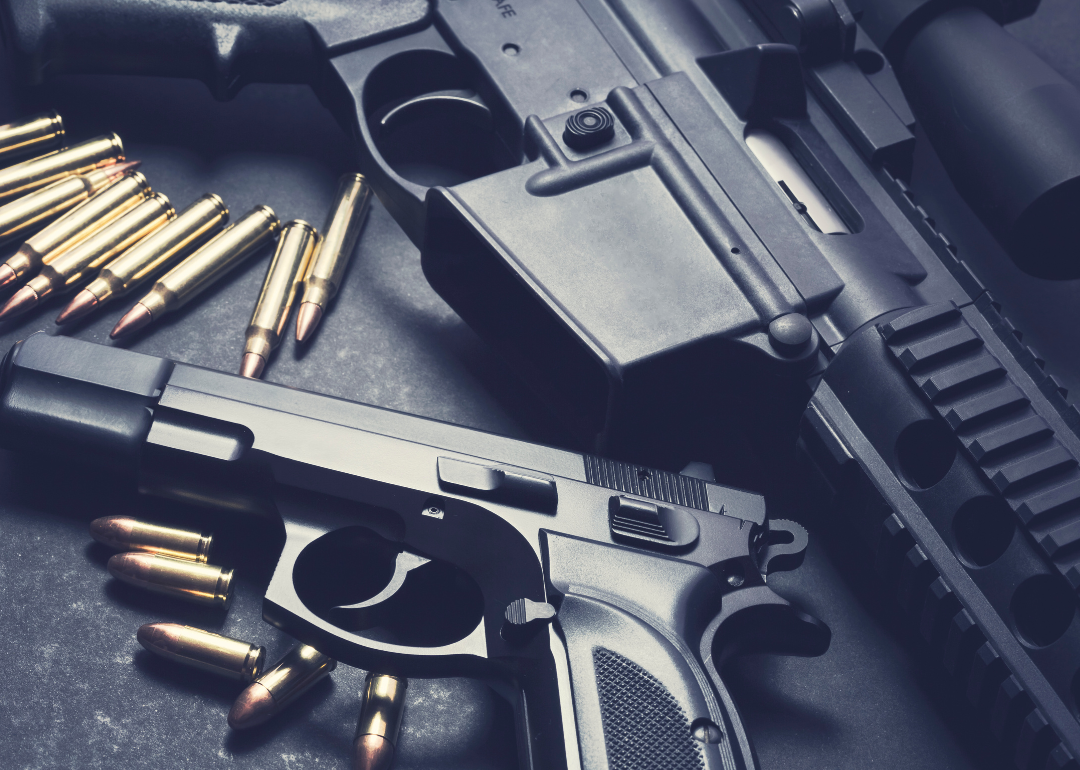 Liability is at the heart of the debate around gun control policy and has been a divisive flashpoint for both proponents and naysayers of gun control measures for decades. In 2005, Congress passed the Protection of Lawful Commerce in Arms Act, which granted firearm manufacturers and dealers immunity from being held liable for gun-related crimes. This ultimately means that survivors of shootings or families of victims cannot bring civil suits against makers or retailers of guns, allowing these entities to operate nearly unchecked.

Years later, this law continues to dictate the scope of legal accountability around mass shootings and other gun violence, even as mass shootings become increasingly frequent and deadly. In 2020, the most recent year that comprehensive data is available, over 45,000 people died in gun-related incidents, the highest number of gun deaths ever recorded in the U.S. and a 43% increase from 2010. That same year also established a record for the number of mass shootings, which exceeded 600 for the first time ever (and has since been eclipsed in 2022).

There are, however, indications that the sweeping, absolute immunity from liability the PLCAA once promised gun retailers is beginning to waver. In February 2022, a decade after a mass shooting at Sandy Hook Elementary School left 20 first graders and six adults dead, the families of several of the victims settled a lawsuit against Remington-Bushmaster, the manufacturer of the assault weapon the assailant used in the attack. The suit worked around the PLCAA by arguing that Remington violated Connecticut's consumer law through its marketing to troubled men. The gun maker settled with the families of the victims for $73 million. Other suits filed against gun and ammunition manufacturers and retailers have also been allowed to move forward in 2021 and 2022. 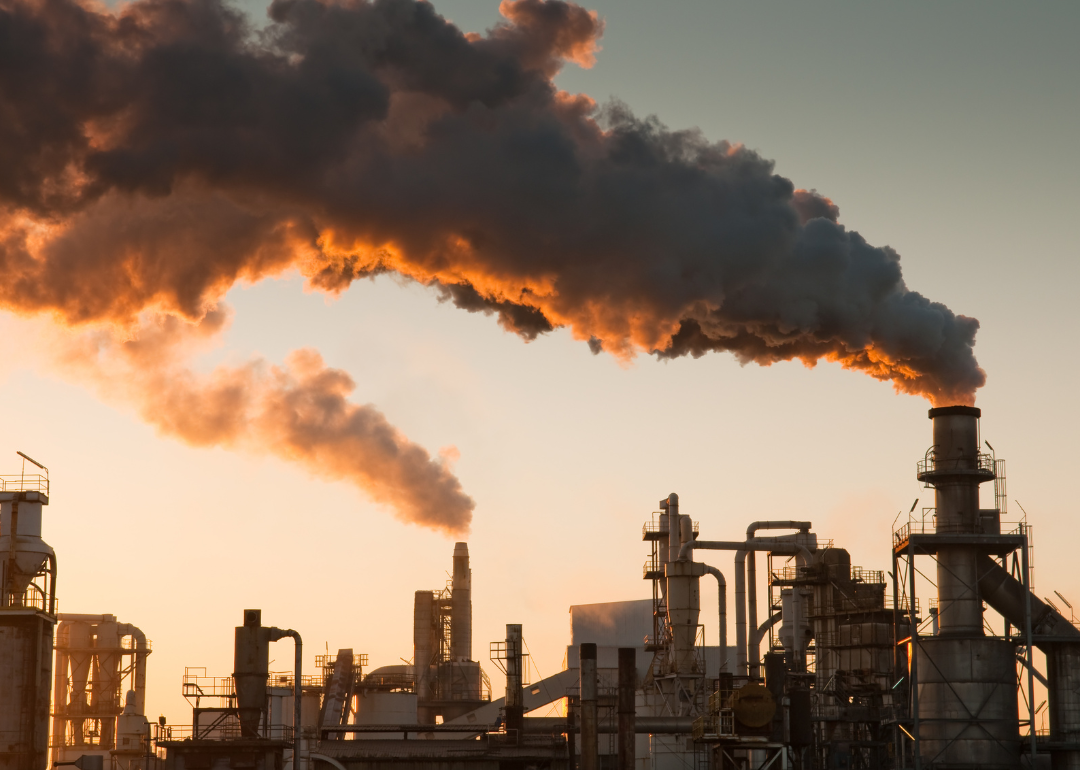 Climate change is one of the most universal and viscerally debated threats to global life today. The degradation of the environment and atmosphere is distinctly human-made, yet the vast scale of that degradation, as well as the continued reliance on fossil fuels and other pollutants, makes it difficult to hold root perpetrators accountable.

Lawsuits filed by individuals against corporations and government entities in the U.S. for negligence or environmentally harmful behaviors have historically failed. However, questions of liability have become more present in policy discussions during the past decade, as the international community has started setting long-term climate change goals, and the impacts of climate change become increasingly devastating—and expensive. But creating environmental policy around liability is far from straightforward.

Much of the challenge of defining liability for climate change is that it is almost scientifically impossible to prove that one party's actions or negligence resulted in the specific effects felt by another party. Furthermore, many high-emissions corporations use their enormous lobbying power to influence policymaking in ways that protect their financial interests by avoiding liability.

The 2015 Paris Agreement was one of the first major climate change treaties to integrate the idea of loss and damage, or the destruction resulting from climate change and the policies meant to address this damage. Climate-vulnerable nations in particular have sought more concrete loss-and-damage policies in order to hold major polluters accountable and to seek financial redress for anything from damaged infrastructure to deaths from extreme weather.

At the 2022 COP27 global conference, a decision was made to create an operational loss and damage fund, which would assist more vulnerable nations with covering the damages induced by climate change. However, decisions about which countries will pay into the fund, as well as more specific policies about liability, have not yet been made. 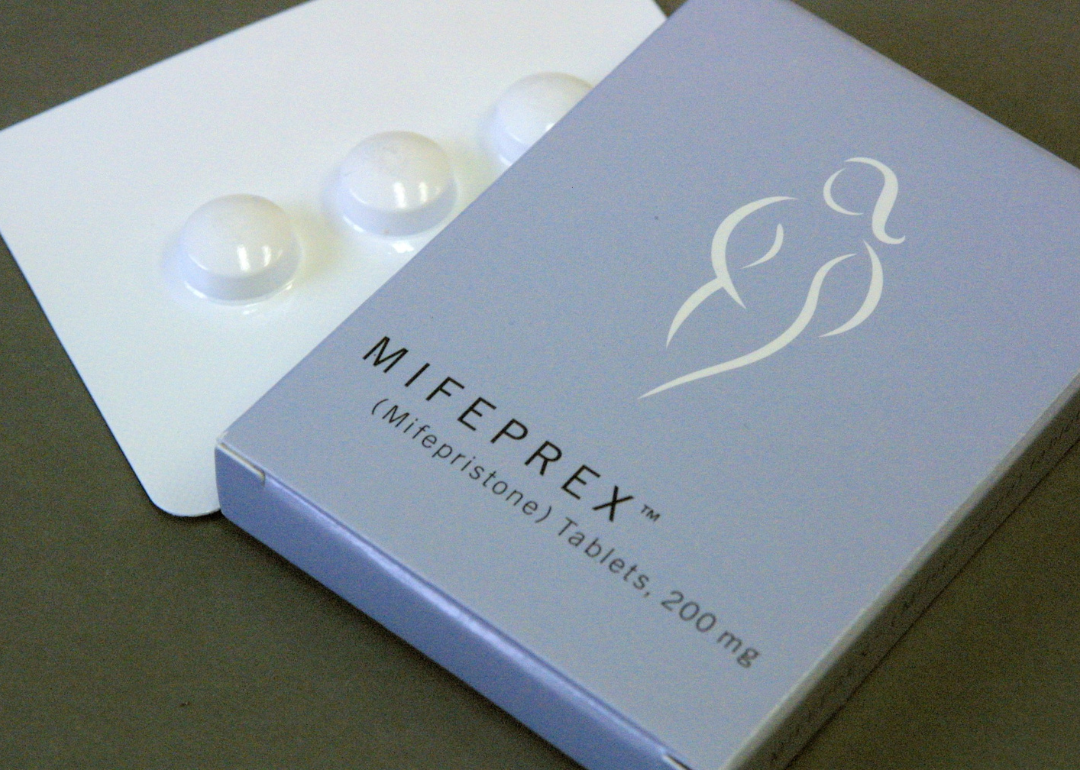 The overturning of Roe v. Wade in June 2022 left states to determine their own laws regulating abortion access, which has created confusion and frustration about where and when abortion is legal. Without federal protections in place, many states have opted for partial or total abortion bans, leaving residents to seek access across state lines.

This patchwork of abortion care has created legal and liability concerns about providers in states where abortion is legal treating out-of-state residents. In service of these liability concerns, policymakers in some states have passed so-called "shield laws," which protect providers from potential lawsuits or prosecution from abortion-restrictive states. While the reality of the liability landscape is still playing out, the rise of abortion pills-by-mail, sent to states where services are restricted from legal states or even overseas, is likely going to become a contentious liability issue. 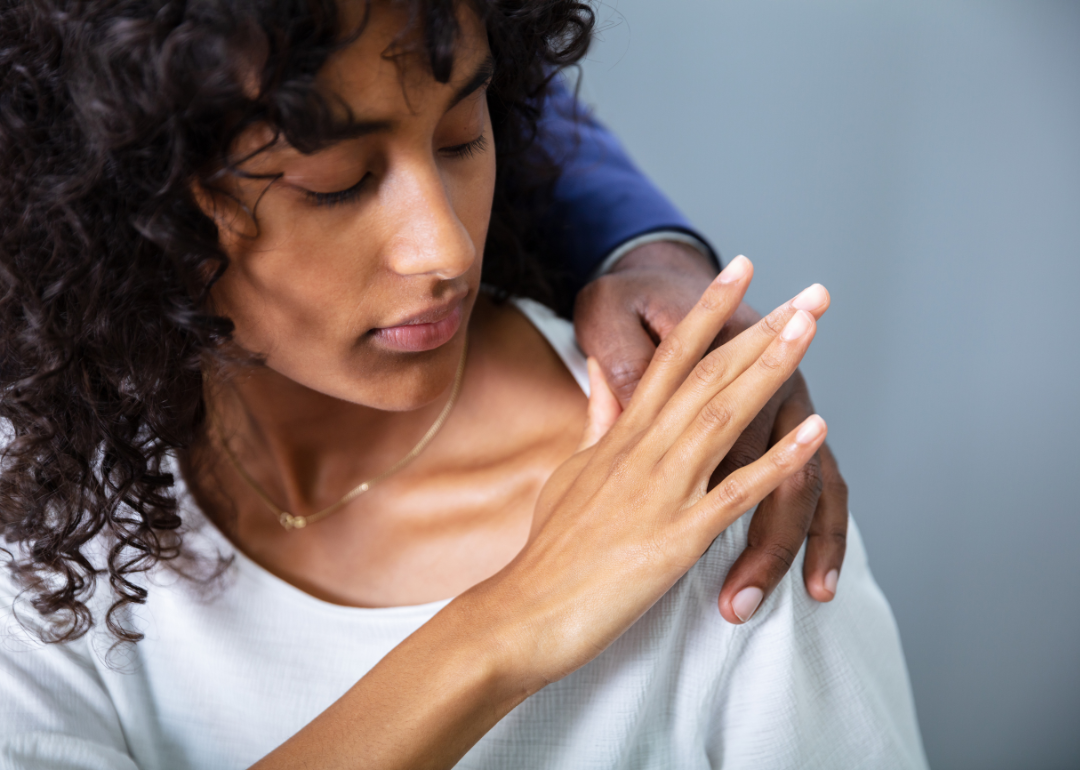 The 1972 enactment of Title IX put into place formal protections against sex-based discrimination for the first time in the nation's history. It set up a system of reporting to ensure compliance in public spaces like workplaces and federally funded schools by cutting off funding to institutions that don't cooperate or take complaints seriously.

The issue of liability has been caught up in sexual harassment policies like Title IX in that institutions that do not comply with federal and state mandates can be subject to civil suits by the people who engage with them—whether it be employees in a workplace or students at a university. According to the Equal Employment Opportunity Commission, sexual harassment complaints by employees against supervisors that aren't given due diligence can result in the institution itself being held liable.

Recently, debate over whether or not institutions should be liable for individuals' bad behavior—and to what extent—has reached the courts. In particular, public school districts and universities have complained that the standard of liability is too high, leaving schools open to crippling litigation. In November 2022, the Supreme Court declined to hear one such case, reaffirming lower court rulings that set liability precedents.

Employee protections range from OSHA regulations meant to ensure workers' health and physical safety on the job to whistleblower laws that shield workers from retaliation from employers if they report a transgression—and even laws that ensure workers have prior notice ahead of mass layoffs. Employer liability is a key factor in ensuring that workplaces are incentivized to comply with worker protections of all kinds, though the brunt of the liability can vary between individual offenders and institutions as a whole, depending on the case and the violated protection in question.

In the case of OSHA violations, most liability comes in the form of financial penalties levied against corporations, rather than individual supervisors or other higher-ups. In rare, particularly problematic cases, courts can decide to hold individuals accountable, a doctrine called "piercing the corporate veil."

The COVID-19 pandemic changed policy discussions about liability and employee protections as the virus swept through workplaces, leaving many sick or worse. The rollout of coronavirus relief bills saw lawmakers at odds with each other over whether businesses should be protected from liability for COVID-19 outbreaks amongst employees, or if workers should be guaranteed additional safeguards.

Other questions of liability were challenged when the pandemic caused economic downturn and lockdowns, leading many industries to lay off massive numbers of workers. In June 2022, courts ruled that pandemic-related mass layoffs without proper warning were in violation of the WARN Act, which guarantees workers 60 days' notice before layoffs.

This story originally appeared on Estey & Bomberger, LLP and was produced and distributed in partnership with Stacker Studio. 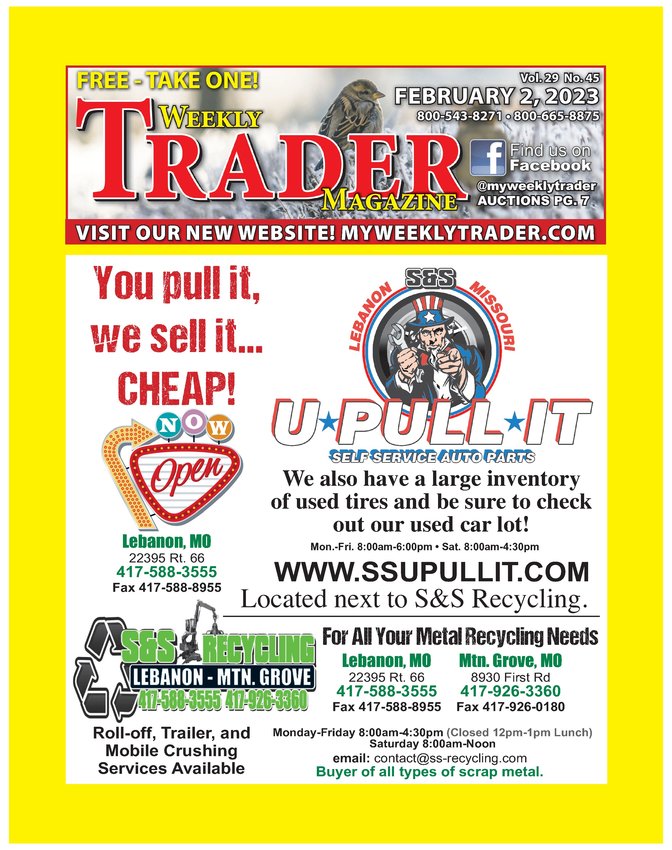