How car infrastructure is changing cities 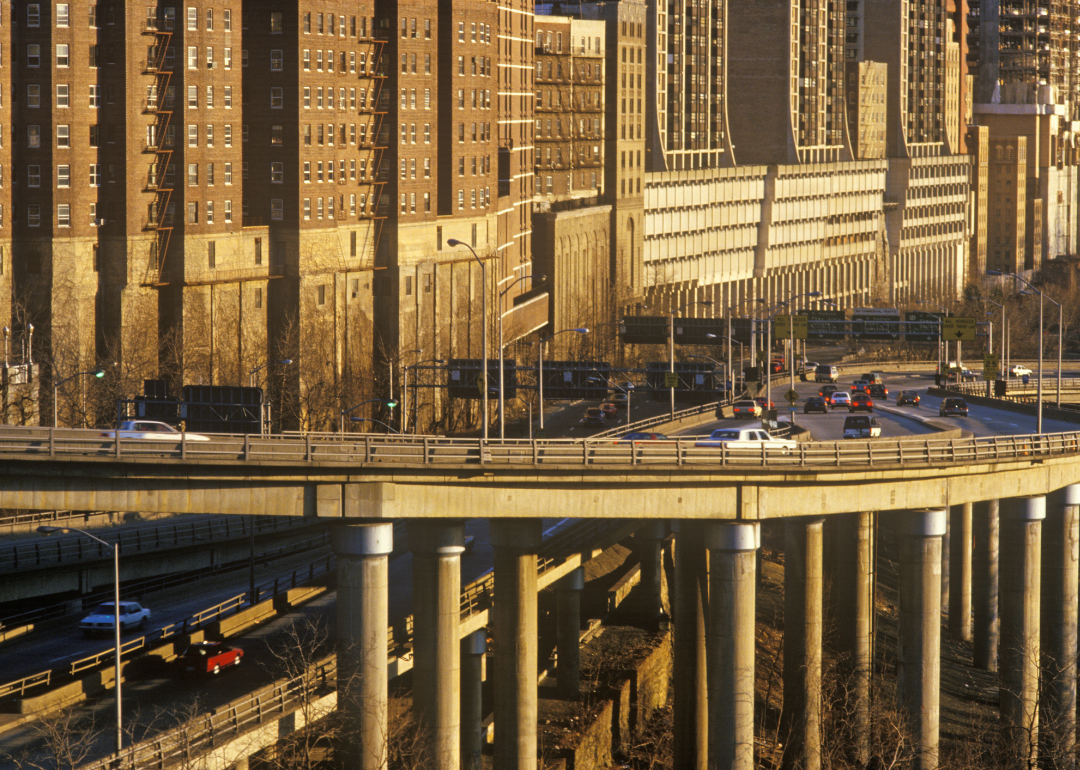 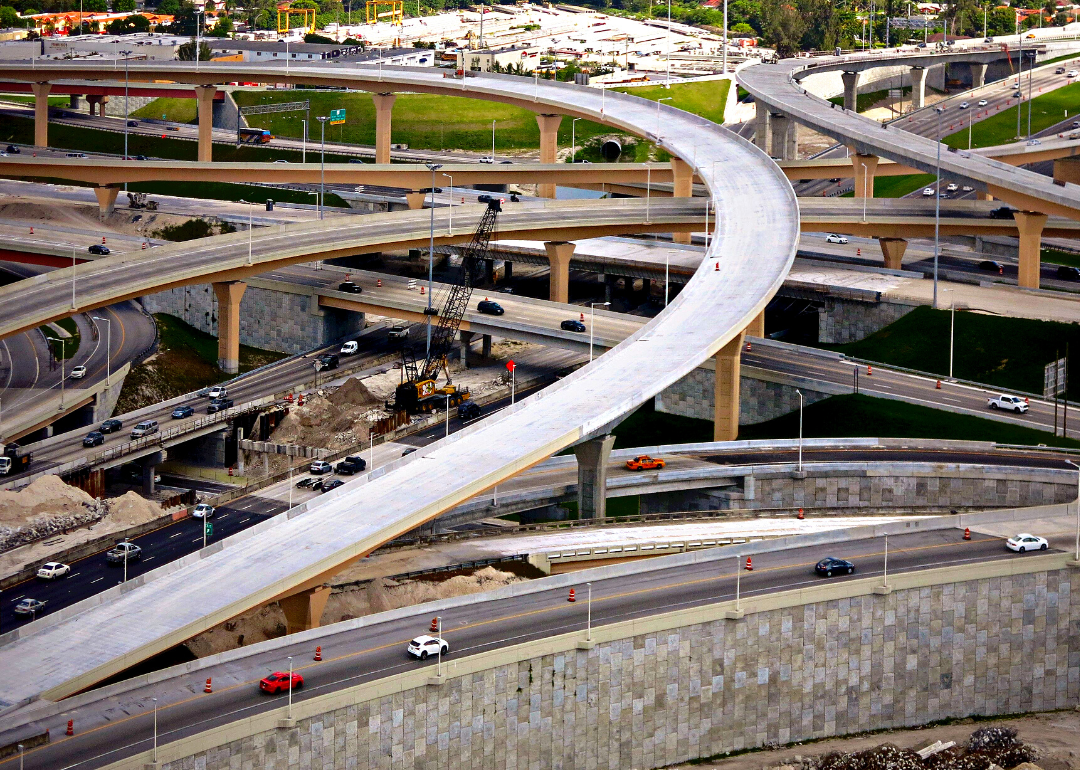 In 1956, President Dwight D. Eisenhower passed the Federal-Aid Highway Act, which authorized the construction and funding of 41,000 miles of interstate highways. The rhetoric surrounding this massive public works project was of post-war progress and protection. Today, the Biden administration is working to rewrite the legacy of that legislation.

In many ways, the highway system accomplished precisely what it set out to, connecting American cities across north-south and east-west routes and moving traffic more efficiently. But it came at a steep cost to the country's communities of color. Across the U.S., entire neighborhoods—primarily those inhabited by nonwhite residents—were razed, split, or isolated in the name of efficiency and urban renewal.

Concrete highways were lofted on trestles above vibrant communities like Tremé, Louisiana, rich with history and purpose, casting literal and figurative shadows over their future prosperity. In other cities like Rochester, New York, freeways were sunken, acting like moats to isolate the neighborhoods around them.

Intended or unintended, these new hulking highways literally cemented racial segregation and created divides along racial and socioeconomic lines—a physical manifestation of prominent sentiments across a country still roughly a decade away from legally ending segregation.

In some cities, deliberately routing highways through neighborhoods that policymakers considered blighted—those already disadvantaged by racist housing policies and practices of the time—was a slum clearance tactic. These city sections were often viewed as the path of least resistance, as residents of color were deprived of the opportunity to voice their concerns or lacked the social capital to be heard. Despite the odds, hundreds of freeway revolts took place across the U.S. and, in some cities, successfully halted or altered construction to preserve communities.

More than 1 million people were displaced by highway construction following the passage of the Federal-Aid Highway Act, according to estimates by the U.S. Department of Transportation. The vast majority of low-income housing demolished was never replaced. For those who remained, property values tanked, foot traffic disappeared, and businesses shuttered. Residents now faced an additional, disproportionate burden of circumnavigating highway infrastructure to access jobs, schools, and community resources. For decades, the socioeconomic problems created by highway construction, such as record-high poverty and incarceration rates, went unnoticed by the people outside of those communities.

You may also like: The most financially damaging cybercrimes in your state 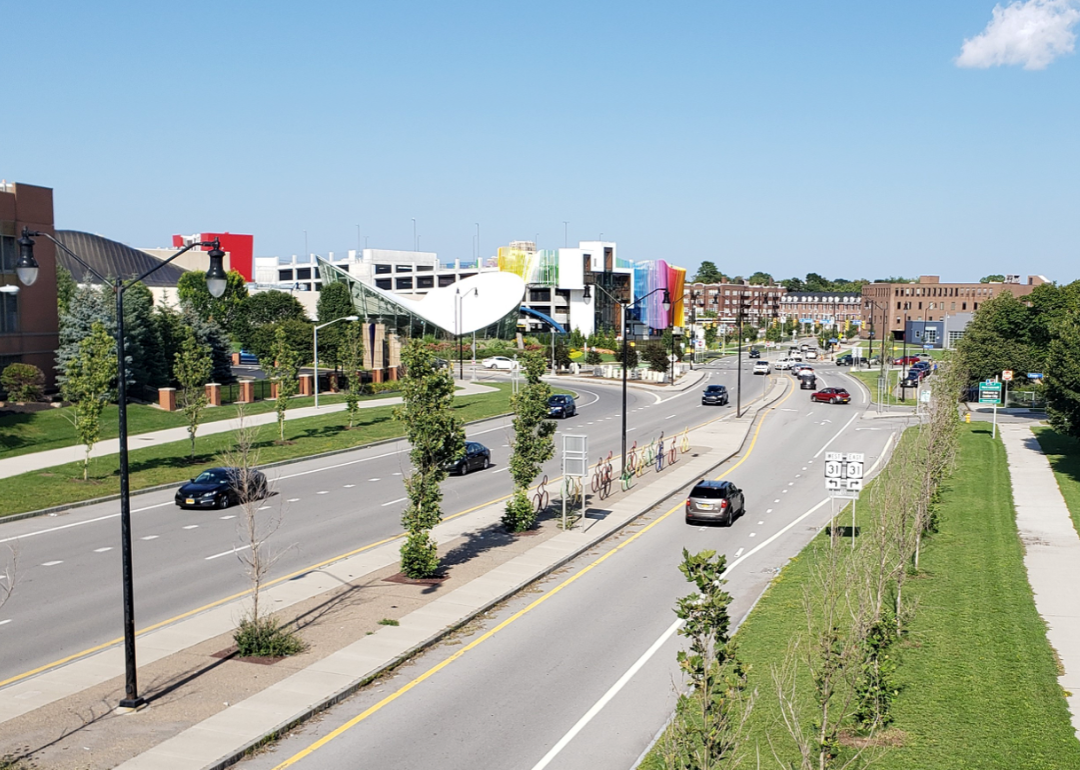 In 2021, Rochester secured $4 million in federal funding to turn the north section of the city's Inner Loop road system into a street-level boulevard. This recent project is part of a larger, ongoing Inner Loop infill effort to bring sunken highways up to street level, thereby reconnecting surrounding communities.

Rochester's Inner Loop was completed in 1965 and was lauded for its ability to efficiently move people to and from the city's downtown area without needing to drive through the city itself. While it was a revolutionary bit of civil engineering in its day, the Loop constricted and ultimately squeezed the life out of surrounding neighborhoods. 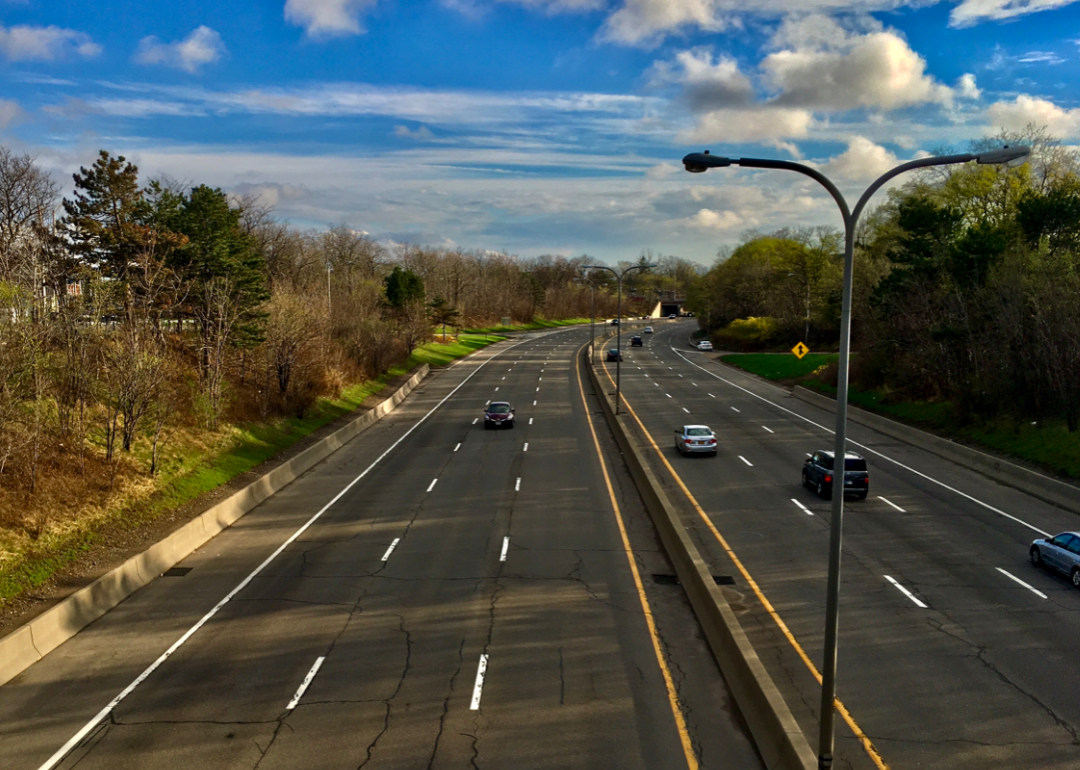 The Kensington Expressway's primary purpose was to alleviate downtown city traffic, which was viewed as a main cause of outmigration by white residents to the suburbs of Buffalo. Engineers estimated that up to 1,200 homes would be destroyed during construction. Officials justified this loss by claiming traffic decongestion would increase property values and bring eventual prosperity to the affected communities.

Instead, the highway swallowed up the highly revered Humboldt Parkway designed by esteemed landscape architect Frederick Law Olmsted and created a detrimental divide between Black Buffalo residents in the east and the rest of the city. The city is currently undertaking a project to reconnect neighborhoods in the east that have been cut off by the Kensington Expressway without going as far as removing or even shrinking the current road. 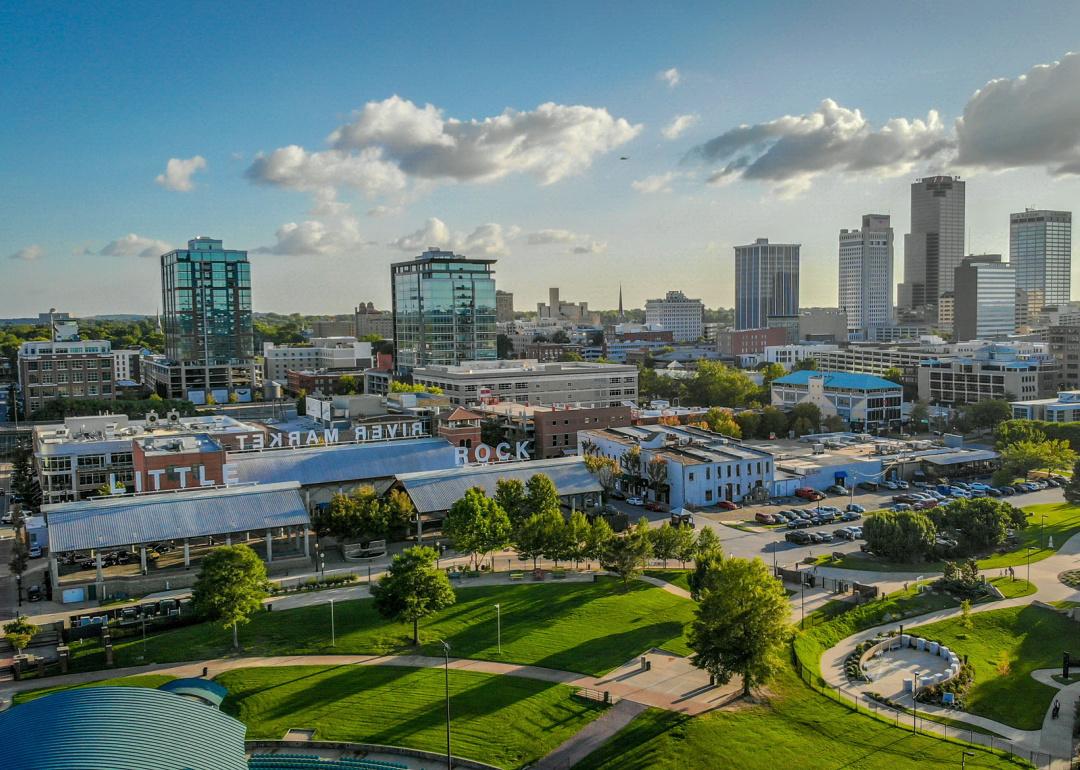 The first mile of I-630 that bisected Little Rock was completed in 1969, but construction was halted soon after. From the start, the project faced legal challenges and backlash from the Arkansas Community Organizations for Reform Now (ACORN) for its impact on the Black communities and businesses the road was displacing and isolating. Despite an attempted freeway revolt, the community failed to halt construction permanently, and the 8-mile expressway was completed and opened to the public in 1985. 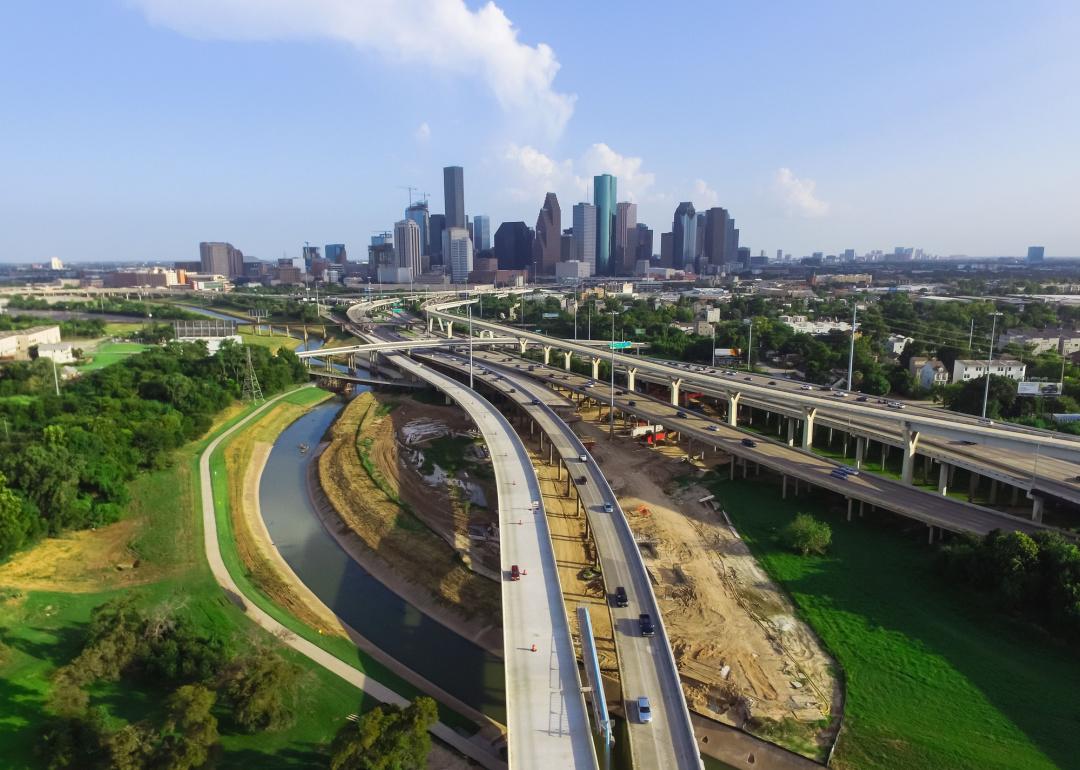 The Pierce Elevated has been an unsightly feature of the Houston skyline since its construction in the 1960s. The elevated stretch of highway separating downtown from midtown was designed to provide an inspiring view of the city's business district—a scenic panorama of Houston's economic prosperity. Artists envisioned public community space below the highway, such as playgrounds and parks, but only parking ever came to fruition.

Plans to tear down the Pierce have been proposed in order to rectify this division. Earlier this year, Texas Gov. Greg Abbott announced that I-45 will be expanding in Houston, putting many low-income houses at risk to accommodate a wider highway. The I-45 North Houston Highway Improvement Project also promised to provide green space, bike paths, pedestrian walkways, and redesigned roadways connecting downtown. 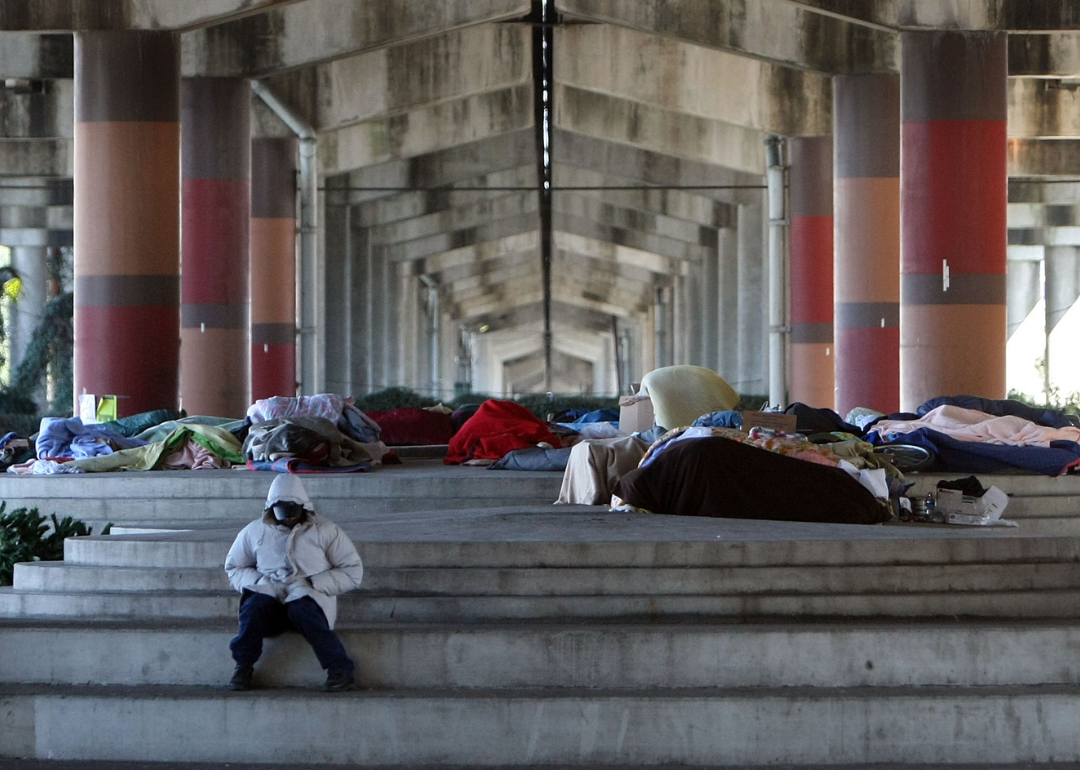 In 1968, despite community objections, the Claiborne Expressway, or I-10, was constructed above New Orleans' North Claiborne Avenue—a vibrant thoroughfare and green space lined with more than 100 businesses and community resources—to increase access to the city's Central Business District, which was suffering in the wake of WWII. An estimated 500 homes in some of the nation's oldest Black communities were removed to construct the I-10 expressway.

In the following years, Claiborne Avenue and its surrounding communities like Tremé suffered from living in the literal shadow of the elevated highway. Business declined, remaining residents faced pollution-related illness, and concrete replaced the street's iconic oak trees and greenery. Community advocates are pushing for the removal of the Claiborne Expressway, which is estimated to cost about $500 million.

You may also like: States with the most homelessness 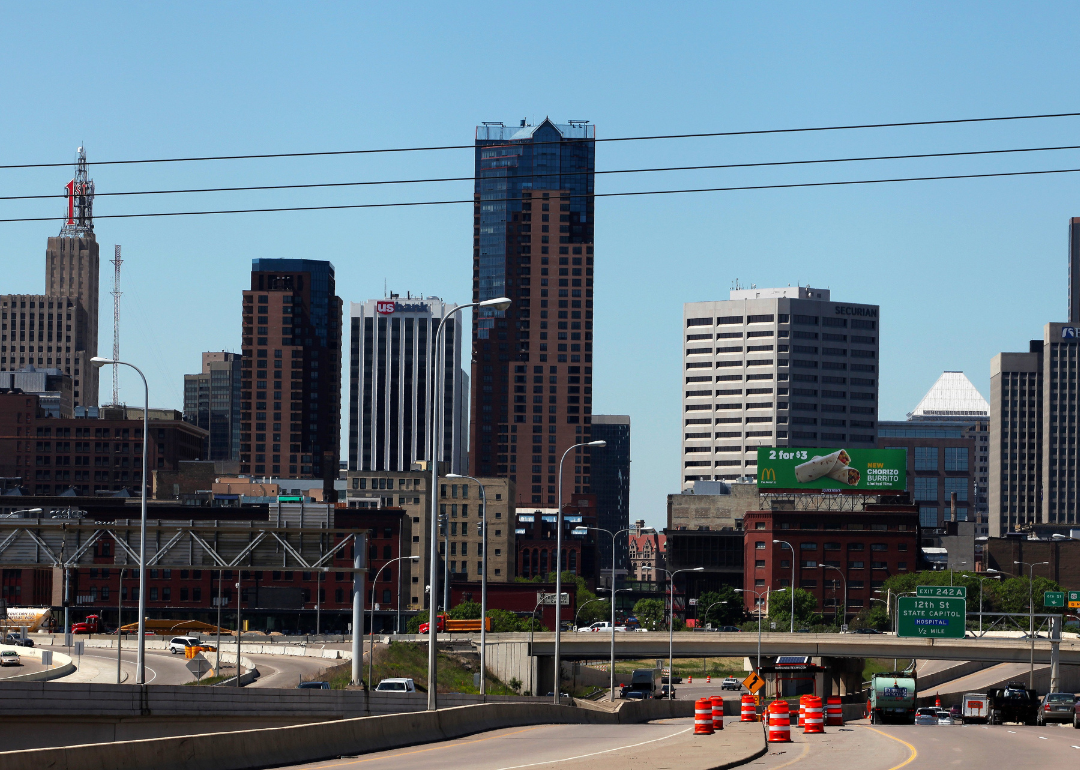 Prior to the construction of I-94—an east-to-west interstate connecting Port Huron, Michigan, to Billings, Montana—St. Paul's Rondo neighborhood was a thriving community inhabited primarily by Black families. Nearly half of St. Paul's Black residents lived in the Rondo. When I-94 construction reached the neighborhood in 1960, 600 families and 300 businesses, many of which were Black-owned, were displaced. In total, 6,000 housing units were destroyed across St. Paul to make way for the new highway.

Today, the nonprofit Reconnect Rondo is studying the potential impacts of replacing the aging section of I-94 that splits the twin cities of Minneapolis and St. Paul with a land bridge that would reconnect and revitalize Rondo. 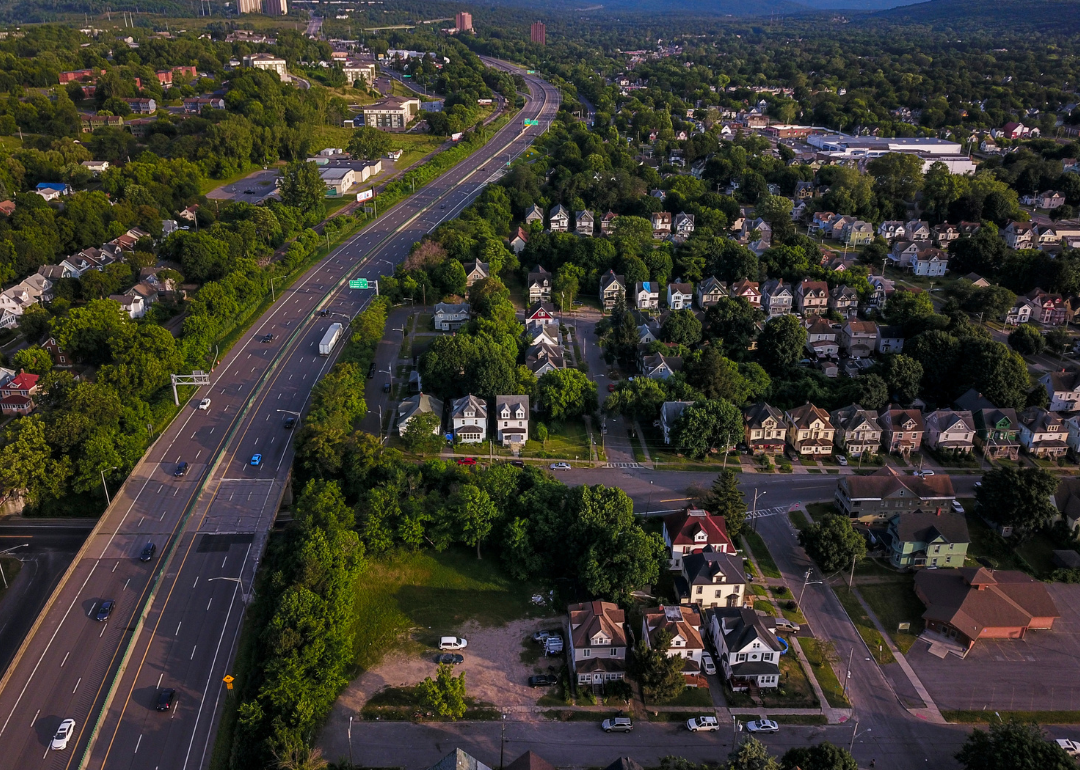 In 1964, Syracuse began decimating the 15th Ward to make way for a viaduct of I-81—a four-lane highway stretching from northern New York's shared border with Canada down to Dandridge, Tennessee. Due to racist housing practices in the decades leading up to the construction of I-81, the neighborhood was comprised predominantly of Black and Jewish residents. Nearly 9 of every 10 Black Syracuse residents lived in the 15th Ward. At least 27,000 people per square mile resided in the 15th Ward in 1959, compared to the city average of just 9,000 people in the same footprint.

Five years into I-81 construction, 90% of the 15th Ward was razed, and some 2,200 families were displaced. In May 2022, New York Gov. Kathy Hochul approved the removal of the divisive viaduct, which is to be replaced by the Business Loop 81 and Community Grid. This new layout will direct traffic along local north-south and east-west streets, fostering economic growth and reunification. 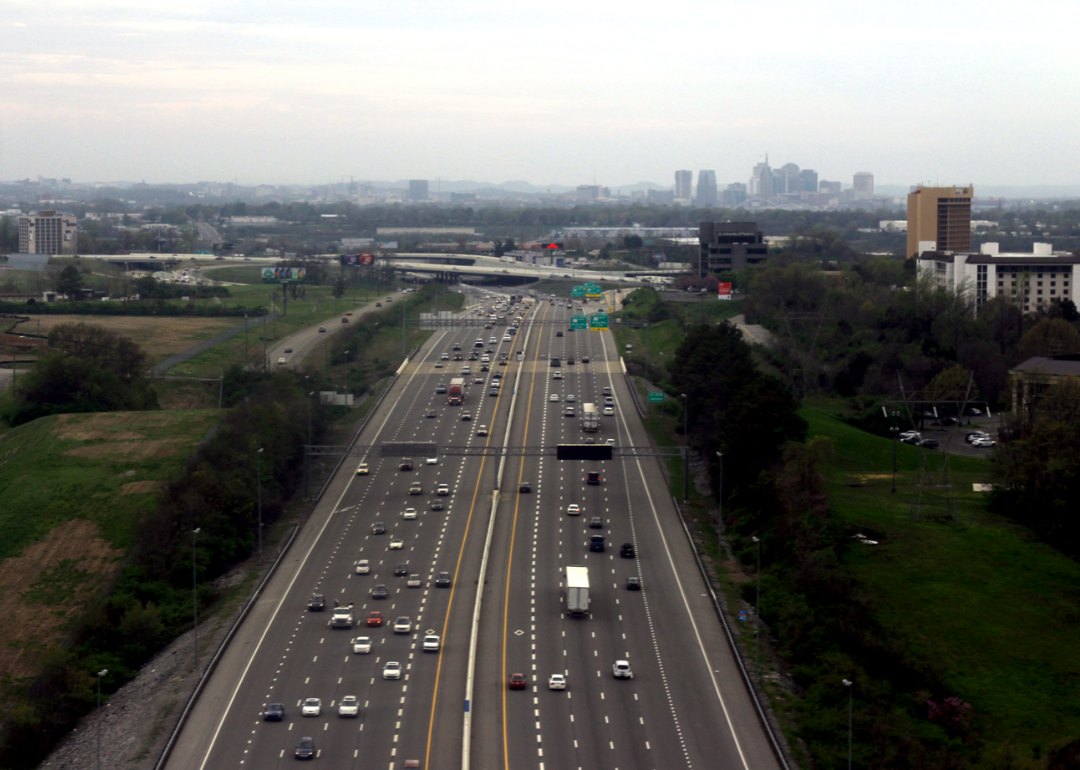 The construction of I-40 displaced an estimated 1,400 landowners and split North Nashville, which is comprised of predominantly Black communities. Nearly 700 homes—including a mix of single-family houses and apartment units—were demolished, and the values of the properties that remained declined by 30%.

Prior to the highway's construction, a group of residents formed the I-40 Steering Committee to hold policy and decision-makers on the project accountable. The legal challenges put forth by the committee—which claimed, among other things, that residents were not given adequate notice of highway construction due to racial discrimination—even reached the Supreme Court. The group's complaints were ultimately rejected. 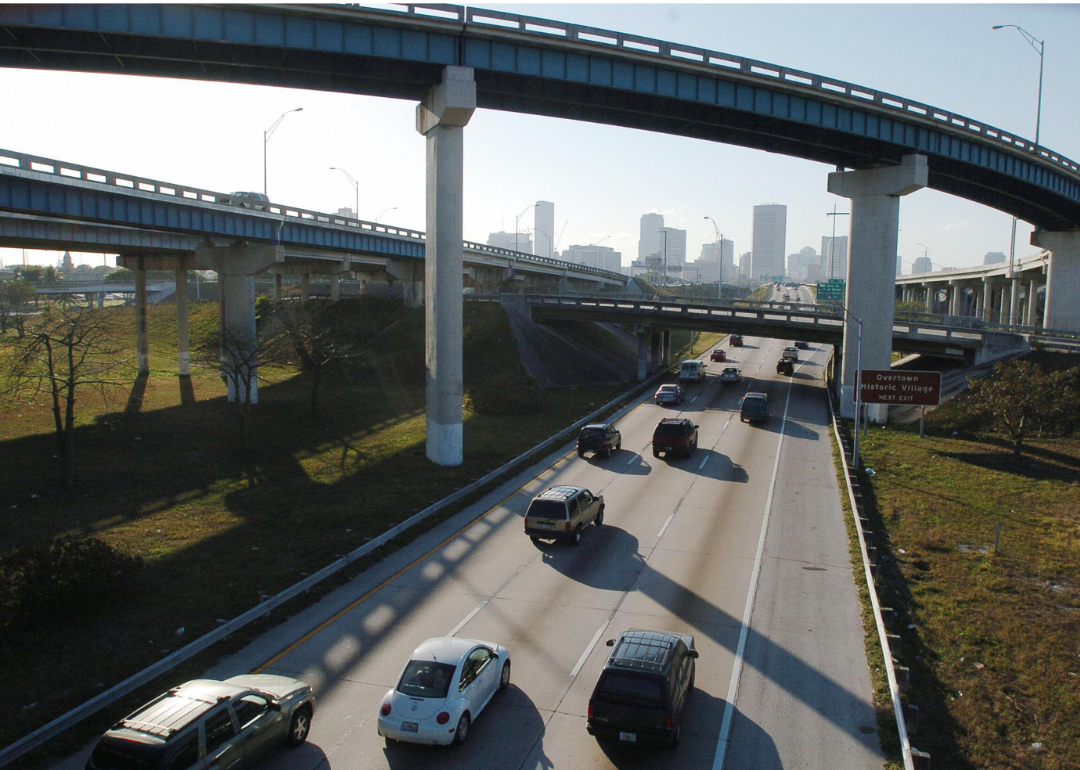 When state and federal officials were planning the construction of I-95—the east coast's main north-south interstate connecting Houlton, Maine, to South Florida—they had the option of building it in the footprint of Miami's old railway corridor. This plan would have required little residential displacement. Instead, they chose to build straight through Overtown.

Until about 1960, Overtown was a thriving, predominantly Black neighborhood of Miami. The construction of I-95 displaced an estimated 30,000 Overtown residents and cut off those who remained. The Overtown community still bears the burden of this decision. Today, roughly 50% of the neighborhood lives below the poverty line.

New York City's elevated West Side Highway was significant as being one of the first freeways to be built. It was not, however, particularly efficient. The highway was prone to flooding, could not accommodate trucks, and required low speeds due to sharp turns. Moreover, it was dismantled after falling into disrepair just 20 years post-construction and collapsing under the weight of a truck in 1973.

Still, it was likely a better route than 11th Avenue. Built to alleviate congestion and dangerous traffic conditions along 11th Avenue, which paralleled the Hudson—dubbed Death Avenue due to frequent vehicle collisions with trains—the West Side Highway also created a significant barrier between Manhattan and the Hudson shoreline.

You may also like: Biggest Native American tribes in the U.S. today