Visualizing three decades of animal agriculture emissions in the US

Thistle analyzed 30 years of livestock emissions data from the Environmental Protection Agency to unpack how agriculture has contributed to greenhouse gas emissions in the U.S. over the past three decades. 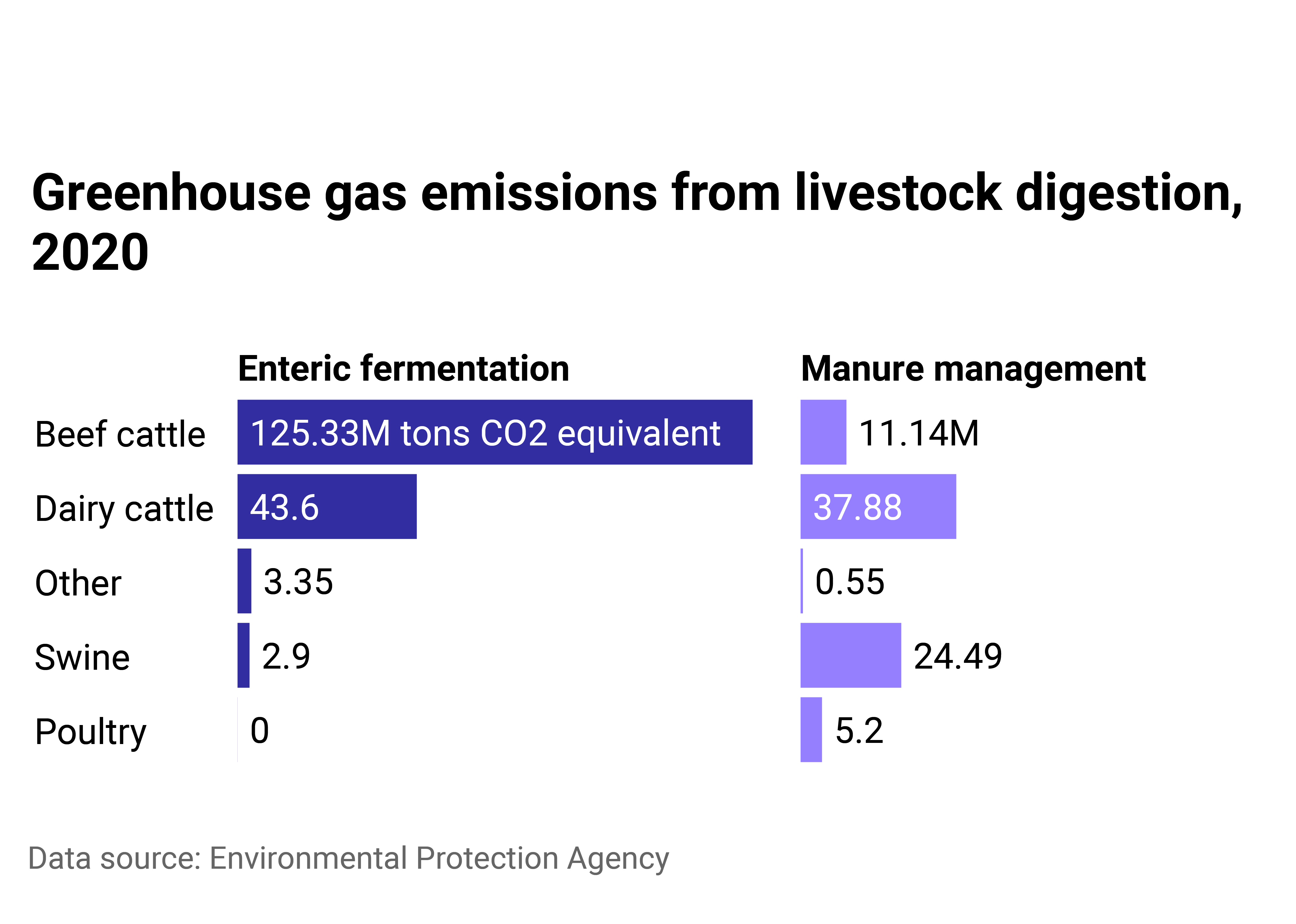 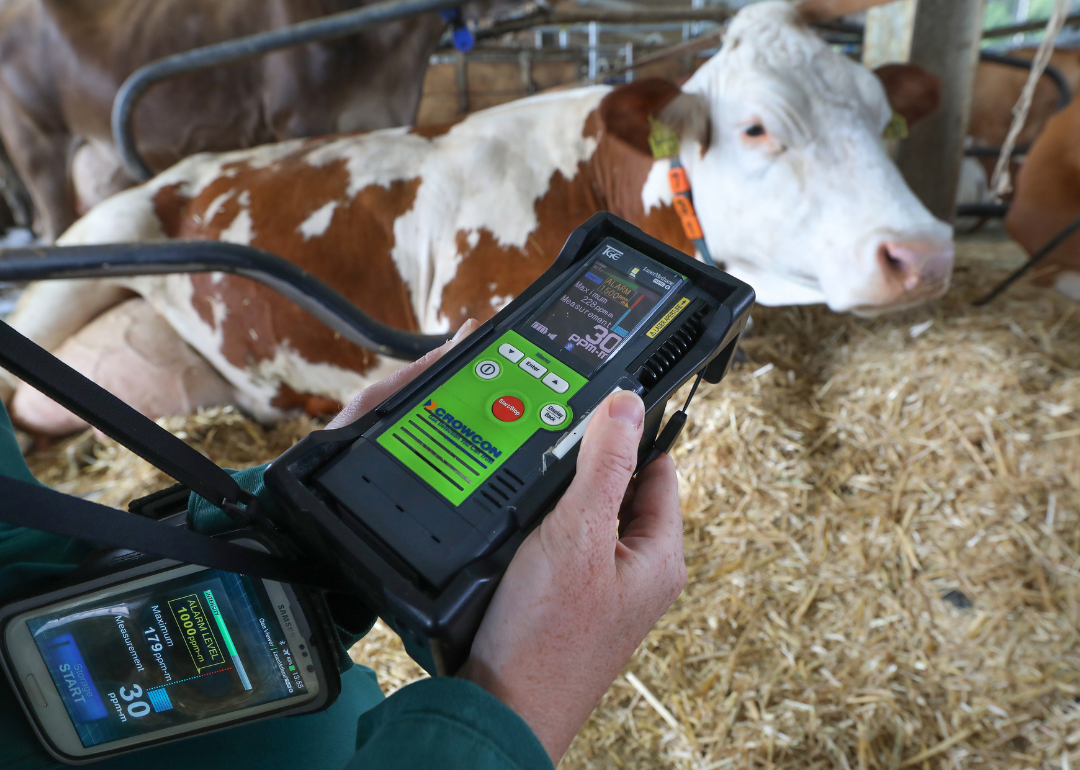 The most common greenhouse gas offenders are those that appear diametrically opposed to nature: transportation, electricity, and industry. So it may come as a surprise to some that a sector that seems sustainable—agriculture—is the fourth-largest GHG producer in the U.S. This is due to both emissions directly produced by livestock as well as certain agricultural practices including those used to cultivate soil, clear land, and fertilize crops.

The three main GHGs produced as byproducts of agriculture are carbon dioxide, nitrous oxide, and methane. Methane is perhaps the most prominent. Livestock accounts for nearly one-third of human-caused methane emissions in the atmosphere. Methane is a particularly alarming GHG to watch out for because of its potency—it is 80 times more efficient at warming the atmosphere than carbon dioxide, and levels are currently rising exponentially, largely due to the world's booming population.

Lowering agriculture-based emissions is more complicated than it may seem. Many hot spots for GHGs are lower-income countries that depend on agriculture as a significant portion of their gross domestic product, and many practices that produce high levels of methane are also those that make farming faster and more efficient within these communities.

To unpack how agriculture has contributed to greenhouse gas emissions in the U.S. over the past three decades, Thistle analyzed 30 years of livestock emissions data from the Environmental Protection Agency. Read on to learn more about how agricultural practices have played a part in U.S. greenhouse gas levels.

Agriculture is the fourth-largest contributor to greenhouse gas emissions 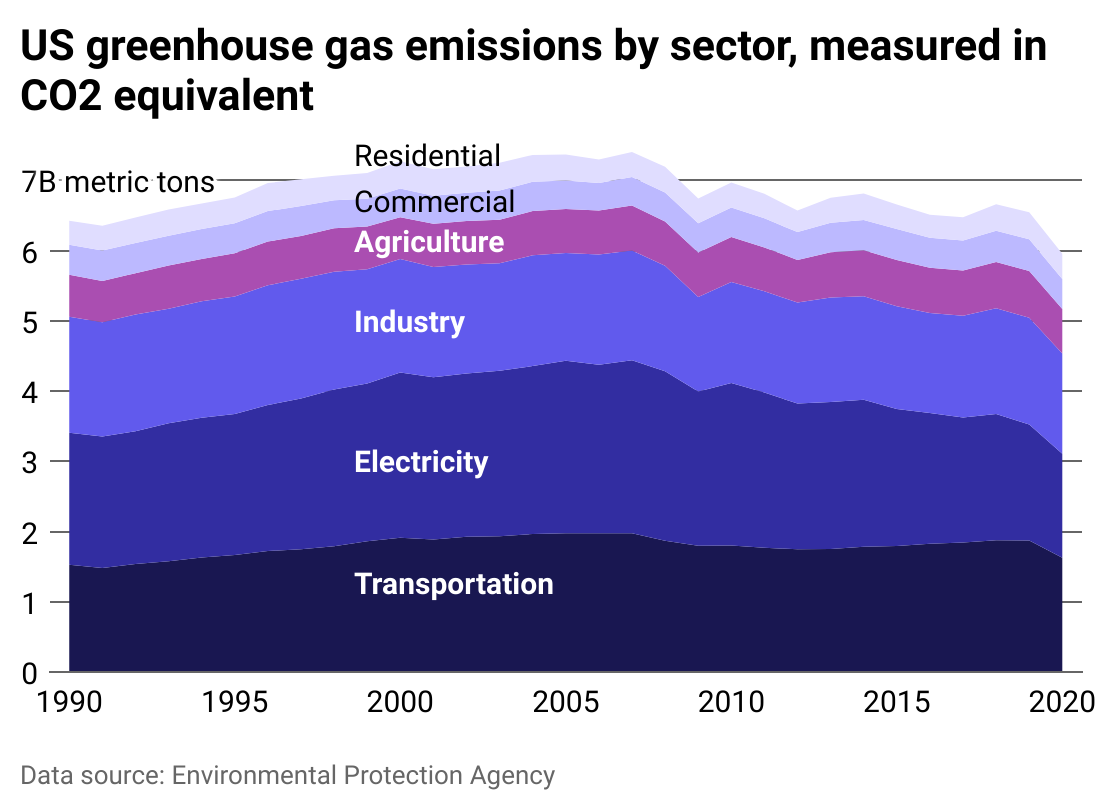 Agricultural practices naturally release a variety of GHGs into the atmosphere, including methane, carbon dioxide, and nitrous oxide. This is through a variety of common operations, most prominently the ways in which soil and manure are managed as well as through enteric fermentation (covered in the next slide).

Other agricultural activities that contribute to GHG emissions include rice cultivation, urea fertilization (a low-cost nitrogen fertilization option), liming, and burning fields full of residue from past harvests. The emission rates of all of these practices have been on the rise since 1990, except for two: rice cultivation and liming. This could be in part because liming can also reduce GHGs when certain methods are used. 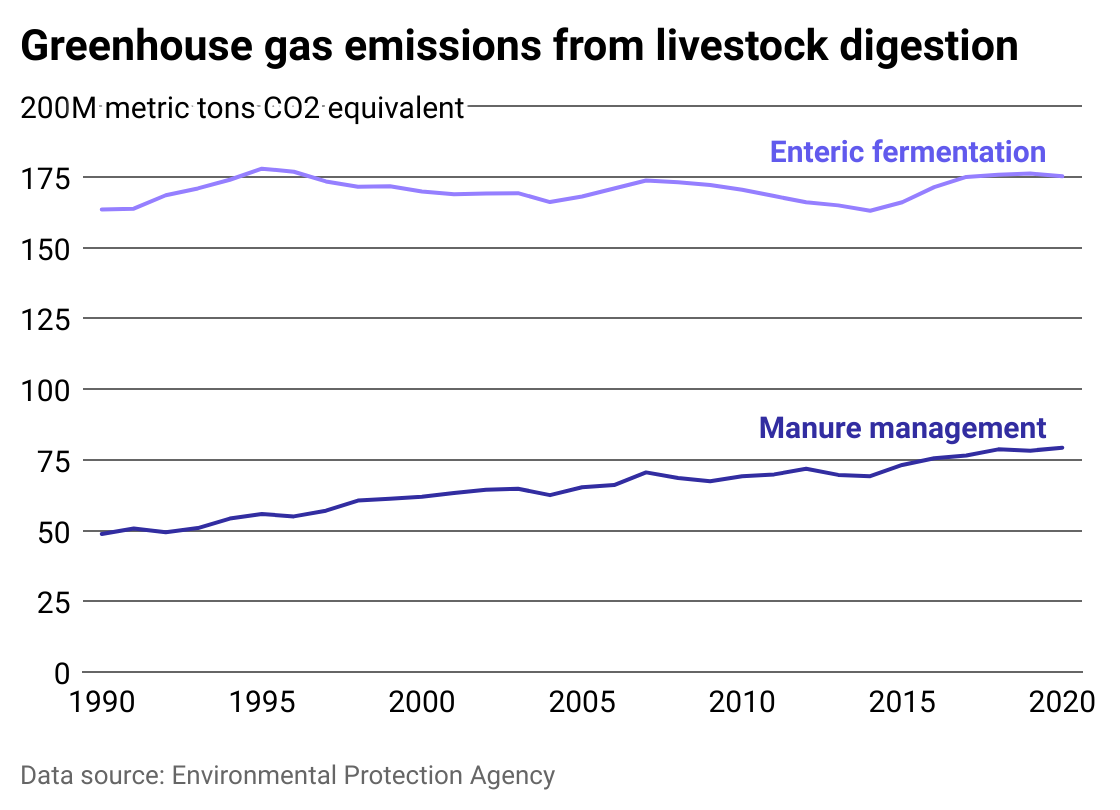 Farm animals produce high levels of greenhouse gas emissions largely through enteric fermentation, the biological process in which grazing animals—including sheep, cows, and goats—digest and ferment food. Methane is naturally created as a byproduct. Over the past three decades, enteric fermentation has largely remained steady, without dramatic increases or decreases.

Emissions from swine, sheep, horses, goats, and mules have varied only incrementally year over year. Emissions from dairy and beef cattle have fluctuated the most but still remained relatively constant overall: beef-produced enteric fermentation ranged from 115.61 to 134.89 million metric tons within this period, and dairy-produced fermentation varied between a low of 35.87 and a high of 43.60 million metric tons.

In addition to the methane emitted from their digestive tract activity, cattle are also responsible for a high percentage of greenhouse gas produced from manure management. The latest 2020 figures have not matched the highest emissions on record: The two cattle categories have accounted for as much as 38.08 million (dairy) and 11.14 million (beef) metric tons per year, while swine has accounted for up to 24.49 million metric tons per year. This is because during warmer months, bacteria breaks manure down into nutrients for the crops it fertilizes, a process that naturally produces greenhouse gases as a byproduct.

This story originally appeared on Thistle and was produced and distributed in partnership with Stacker Studio.